Or feel free to use our main contact form 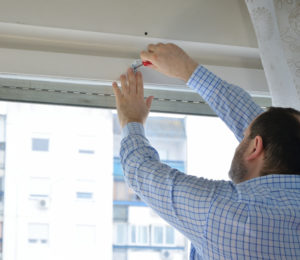 How to take down Venetian blinds

How to take down Venetian blinds

Taking down your Venetian blinds from your windows or doors can easily be done by using very simple tools. However, the method suited for your specific blinds will be dependent on the kind of brackets they are made of. These brackets can either be spring-loaded or standard. On the other hand, one may not be sure the kind of brackets used on their blinds. If you’re such an individual, look at your blinds keenly. If you notice that the brackets used hold them up clip over the blinds’ front side, you’re looking at standard brackets. If this isn’t the case, your brackets are definitely spring-loaded. Let’s take a look at how to go about taking down each of the two kinds.

Removing this type of blinds is relatively easy and isn’t time-consuming. Use the following procedure in taking Venetian blinds with standard brackets:

1. Lift the blind blades all the way up using the drawstring 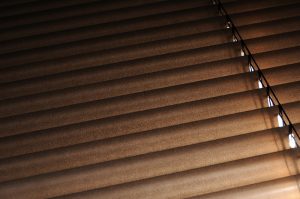 2. Lift the bracket up on either side of the blind using a screwdriver

3. Slide out the blind from the open brackets

Using both your hands, hold the blind and then pull into towards you in a gentle manner. This should happen smoothly since the brackets are now lifted up. Set the blind aside once it’s off.

4. Using a drill with Philips drill bit unscrew the brackets from your window

To make the drill bit spin counter-clockwise, press the reverse switch on the drill. Unscrew the bracket and the screw and place them in a container where they won’t get lost.

The procedure to follow when removing these blinds is as follows:

1. Use the drawstring to pull the blind blades up

Pull down the drawstring as you pull it away from the blinds too. This cause the blades to lift upward then lock at the top of the window.

2. Find where one of the spring-loaded brackets that hold the blind is 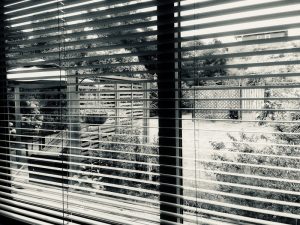 These often appear as small metal squares that rest on top of your blinds and are sandwiched between the window frame and the blind. If you find it difficult to locate them, focus on the blind ends.

3. Push the blind in and rotate it down toward you to release the bracket

Place both your hands; one on each side of the brackets on the blind. Using the hands, push in towards the window. The next thing is to rotate the blind’s top towards you. This causes it to be released from the bracket. Once you’ve released it, leave to rest on the bracket and then head for the other bracket.

4. Remove the retaining bracket and get the blind away from the window

With the same motion used to release the first bracket, release the other one. Then, hold the blind as you pull it away from the window and the bracket.

5. Take down the blind brackets using the drill and Philips drill bit

Set the drill bit in the same manner you did in the first method. Unscrew the screws from the bracket from both the two sides and place them where you’re not likely to lose them.